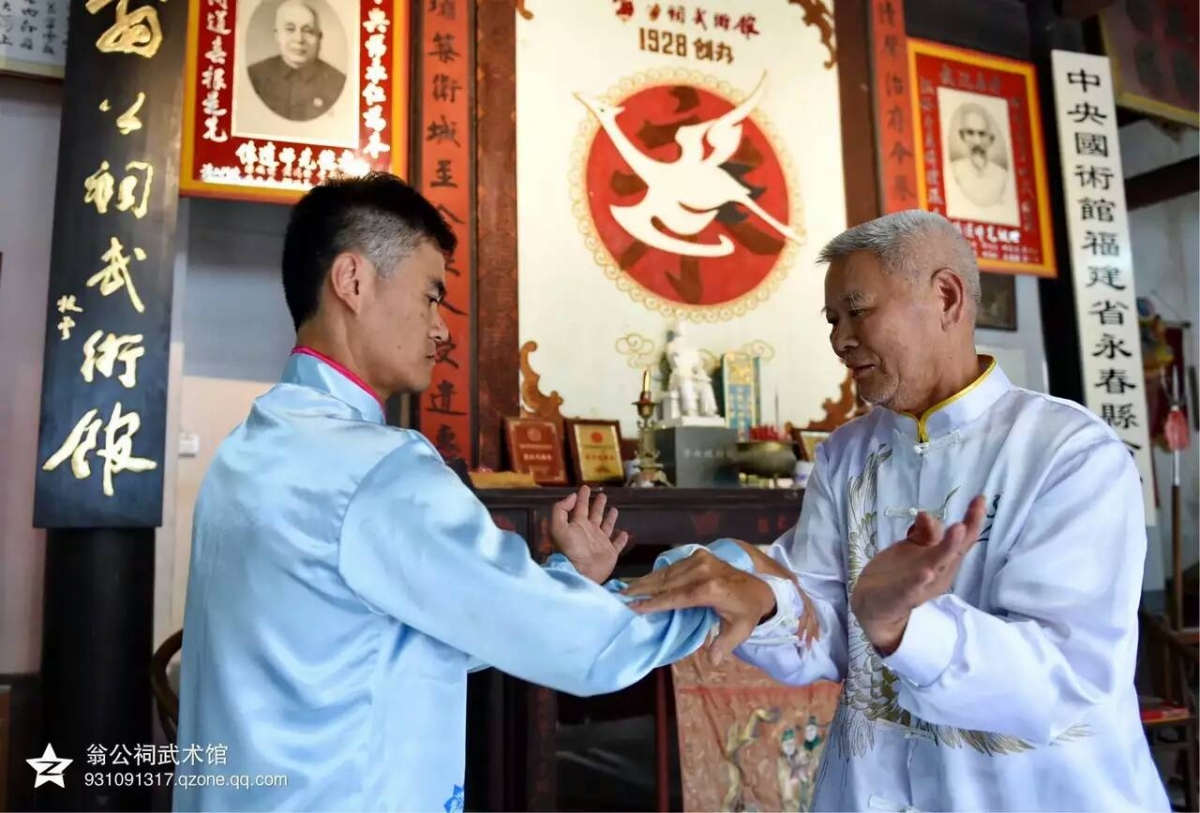 The History of the Weng Gong Ci

The Weng Gong Ci martial gym was founded in autumn 1928 in the old town of Wulijie (today: Yongchun) originally by the name of “National Institute for Martial Arts, Department Fujian/Yongchun”. It is a multi-purpose institution for cultivating martial arts, performances, teaching and information combined with a visitors center. Through all times the members of the school have participated in numerous competitions and other activities, local and national as well as in Hongkong and Taiwan. In 2011 the school was awarded “No. 1 Seminar for Teaching and Training of Non-Material Cultural Heritage” and “Official Seminar for Baihequan”.

In October 1928 the National Government conducted the first national martial arts exam in Nanjing. The most famous masters were elected, among them Pan Shifeng, Pan Siqing, Pan Xiaode, Li Wanyue, Song Zhongda, Wang Zhongying and Lin Baoshan, each of whom was honoured. After their return to Yongchun the “National Institute for Martial Arts, Department Fujian/Yongchun” was founded; Lin Baoshan, Pan Shifen and Pan Xiaode were the first heads of the institution. This created a new spirit of teaching and practicing; not only Yongchun people came to learn but also from the cities of Fuzhou, Quanzhou, Xiamen, Zhangzhou, Dehua, Nan An, Anxi etc., measurably rising the standard.

Following an invitation of the “Federation of the Patriotic Overseas-Chinese of Singapore and Malaysia” in 1929 a delegation was formed; under leadership of Pan Shifeng and Pan Xiaode 20 persons left towards Singapore to “show the art and promote the essence of the national culture”. This first delegation initiated a new flow of cultural exchange. Some of the teachers stayed for several months and founded martial gyms in Singapore and Malysia. It was the beginning of South-East Asia’s enthusiasm for White Crane.

Thanks to the efforts of the National Sports Committee, the partially closed Wuguan was formally reestablished on August 10, 1085. The former head’s son, Pan Chengmiao was appointed head of the Weng Gong Ci. In 1986 the Sports Committee appointed the institution “Advanced Seminar for Preservation and Promotion of Martial Arts”.

Ever since, members of the Wuguan have successfully participated in national and international competitions, forums and discussions; they have been present in regional and national media. In 2012 departments were opened in Malaysia and Singapore; the Russian department in Moscow opened in 2013 and the German department in Gronau/Westfalia opened in 2014.